Understanding Hajj through the Eyes of a Local

Next week Maldivians and Muslims around the world will celebrate Hajj and so to find out more about this symbolic festival and celebration we quizzed our guide UB.

What exactly is Hajj?
Hajj is an annual pilgrimage to Mecca which is the holy city for Muslims. Every year Muslims from all over the world gather at Mecca to perform holy duties.

Why is it important?
Attending Hajj is one of the 5 pillars on which the Muslim faith is founded. However, it can only be fulfilled if the individual is financially and physically capable.

How long is Hajj?
There are 8 days leading up to the day of Hajj. Hajj days are seen to be the most holy days in the Muslim calendar. Most Muslims will fast and pray for these 8 days following the same fasting principal as during Ramadan.

What happens on Hajj Day?
On the day itself Hajjajies (people who have attended Hajj) will have made their way to a piece of land 20km east of Mecca. Here they will atone for their past sins and seek mercy from Allah and listen to sermons from islamic scholars who deliver them from Jabal al Rahmah (The Mount of Mercy)

Why is the Mount of Mercy so significant?
According to Islamic tradition the Mount of Mercy is the place where the Islamic prophet Muhammad stood and delivered the Farewell Sermon to the Muslims who had accompanied him for the Hajj towards the end of his life. 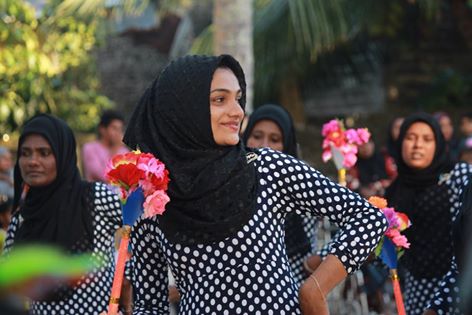 What happens after Hajj?
After the Hajj Muslims all celebrate Eid al Adha. Eid al Adha is an Islamic festival to commemorate the willingness of Ibrahim to follow Allah’s command to sacrifice his son Ishmael. Hence why it is also called ‘the feast of sacrifice’. In the Maldives, we call it Bodu Eid which means Big Eid. The reason behind this is that this Eid is considered the holier of the two celebrated Eid festivals.

In the Maldives we will celebrate this holiday with family and friends. Islanders will join together in celebration for a big feast, games and dancing and as with Ramadan it is a time of bonding and well being  within communities.

Whether you travel with Secret Paradise during Eid or at another time of the year, you can be sure to learn more about Maldives culture and traditions and have a holiday that is filled with unique local experiences.

TRAVEL THE MALDIVES WITH YOUR OWN PERSONAL GUIDE! Previous Article ANSWERS TO YOUR TOP 10 MALDIVES TRAVEL QUESTIONS Next Article