The Sinamalé Bridge officially opened at the end of August 2018 with fanfare and fireworks! The bridge links the capital of the Maldives, Malé with Hulhulé and Hulhumale. The 1.39 km long bridge has three lanes and a pavement for pedestrians.  It was originally called the China-Maldives Friendship Bridge due to funding having been received from the Chinese government. Accessing the bridge from Male you pass through the main entrance which depicts Islam, unity and nationalism of Maldives.

Prior to the bridge being built, local island residents and tourists would have to take a local ferry or speed boat to commute between the two islands which are only 10km apart. With the opening of the bridge the daily commute for residents of Hulhumale working in Male has been cut dramatically. Whilst for the residents of Male it has allowed ease of access to Hulhumale and the beach front cafes and watersports.

For tourists it makes an interesting photo opportunity in a country where there has been no such structure previously. 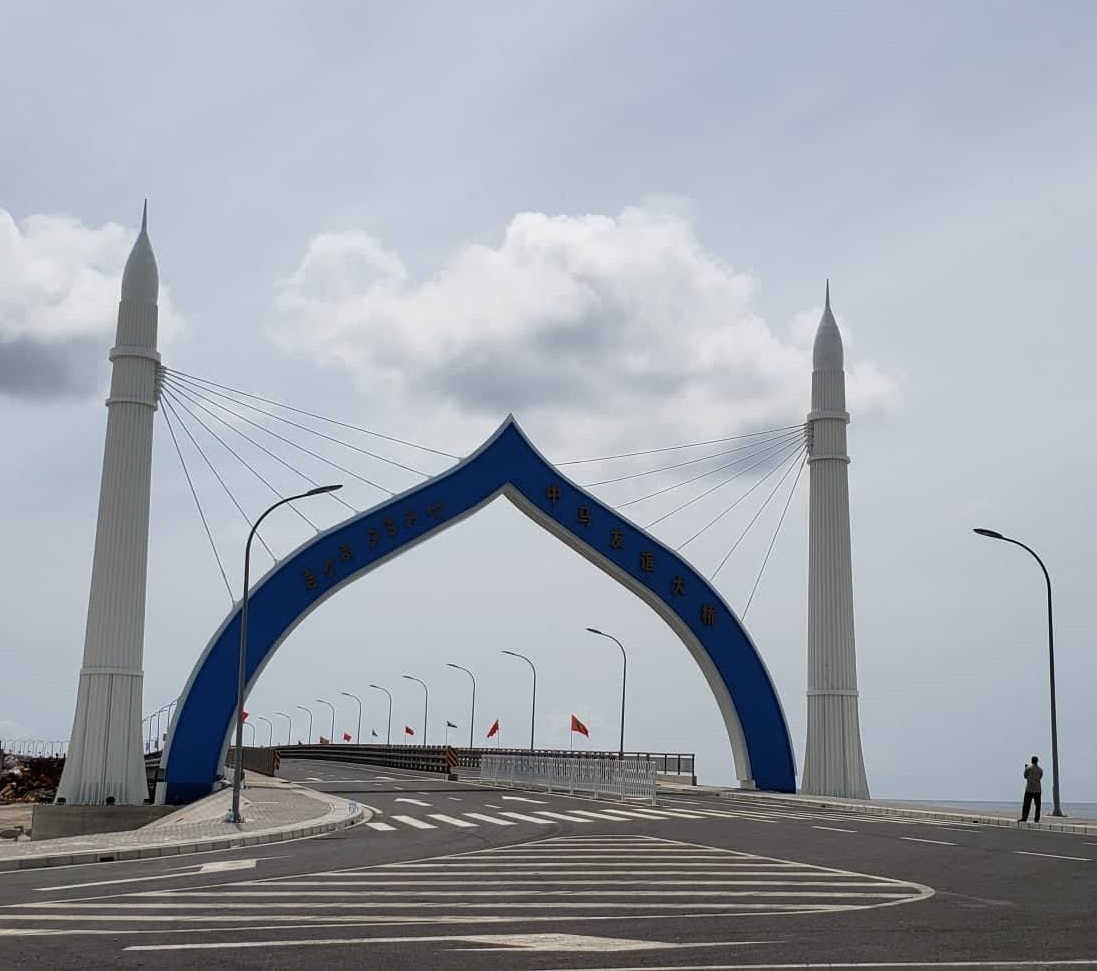 What does this mean for tourists visiting the Maldives?

Besides the photographic opportunities the bridge provides it also allows greater ease of access between the airport, Male and Hulhumale.

Whilst speedboats and ferries will still continue their service between the airport and Male and the public bus service will operate between the airport, Hulhumale and Male; like most international airports there will be for the first time the opportunity for tourists to make use of a taxi service.

It is now possible to take a private taxi to Hulhumale and Male from the taxi rank positioned to the left on the waterfront area. Previously only designated licensed vehicles could journey to and from the airport. The current charge is 75MVR to reach Hulhumale or Male, which also entails crossing the bridge!

Hulhumale to Male by taxi – currently there is a standard charge fixed by the government, the charge is 75MVR.  Luggage will be charged in addition to the fare.

In Male the bridge bus stop is near to Mary Brown restaurant on the south west side of Male or at what is known as Carnival on the north side close to the ferry terminal.

It is possible to walk onto and over the bridge, in fact it is a favorite running route for locals. Access is far easier from Male side and restrictions are place which make it not possible to access from the airport.

The best place to view the bridge if you want to take photographs is from Male artificial Beach or near the previous surf point (Raalhugandu).

If you have booked with a tour company like Secret Paradise or with a hotel, guesthouse or resort it is likely that you will have provided them with your flight arrival details. If this is the case then it is usual for them to send a representative to meet with you at the arrival gate. They will then take care of your onward transfer meaning less hassle for you!