NATIONAL DAY & A BRIEF HISTORY OF THE MALDIVES

This week on the 27th September, 2022 the Maldives celebrated National Day, known locally as “Qaumee Dhuvas”. National Day falls on the first day of the third month (Rabi-ul-Awwal) based on the Islamic lunar calendar. The day  is generally recognized with flag-raising ceremonies and military addresses.

This historical date got the team thinking about the overall history of the Maldives. The Maldives has a long and interesting history, it is an old nation, well over 2,500 years old according to legends of the southern atolls.

According to historical records, the early civilization were seafarers travelling from countries like East Africa, India and Sri Lanka. Why they arrived it is unsure, but there is suggestion that they may have been traders or even ship wrecked. Their influences remain today – the dance music Bodu Beru with an African beat, facial features, food products such as the rich spices used in abundance in local dishes and also religion.

The Maldives was originally a Buddhist nation and the remains of Buddhist monuments can still be seen on some islands. Today’s Islamic religion was brought by an Arab trader Alhafis Abullbara kaathul Barrbaree, who came sailing from Morocco in 12th century. It took almost a century for the Islamic religion to spread across the country.

During the time of conversion from Buddhism to Islam the population of Male was around 5,000 people. In contrast today the City of Male’s population is over 200,000, it is the most densely populated capital city in the world.

The Maldives was originally ruled by Kings and their families across different parts of the Atolls. The Maldivian Kings were called Sultans but by the 16th century the nation was brought together by one ruling family Sultanate. Traditionally Male was the King’s island, from where the ancient royal dynasties ruled the country and where their palaces was built. Nowadays Male’ has become a commercial, financial, & administrative urban city but still offers a number of historical buildings and a flavor of local life.

Discover more about the history of Male by joining our daily Male Walking Tour. 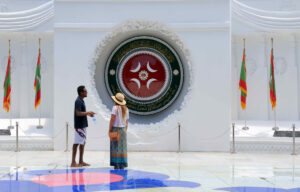 In 1558 trade and economy was influenced by the Portuguese after their fleets sailed to the west shore of Malé and fought the ruling Sultan army. The country’s liberation didn’t come about until 1573 AD when Muhammad Thakurufaanu along with his two brothers drove the Portuguese out of Maldives. This event is now commemorated annually on National Day.

The date of construction of the stone-and-wood mosque located within the walls of the palace is unknown, although national hero Mohammed Thakurufaanu is known to have prayed here in his youth, meaning that it’s been here since at least the mid-16th century. It’s a tiny place with a beautiful teak interior that can be glimpsed from the entrance and Thakurufaanu’s father is buried in the cemetery here. 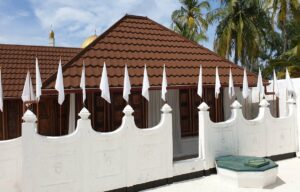 Baarah a short distance from Utheemu is known as the island where the vessel Kalhuohfummi was built in the latter half of the 16th century. The ship played a key role in Sultan Muhammad Thakurufaanu’s war against the Portuguese invasion of the country. In order to evade capture, Thakurufaanu and his group of men would land on different islands in the darkness of the night, fight the Portuguese and leave before daybreak.

Free from the shackles of the Portuguese, the people chose Mohamed Thukurufaanu as the Sultan, he ruled the Maldives for 12 year until his death in 1585 and is recognized as a Sultan who was considerate, just and concerned for the well-being of the poorest.

In the mid-17th century, the Dutch, who had replaced the Portuguese as the dominant power in Ceylon, (now Sri Lanka) established responsibility over Maldivian affairs without involving themselves directly in local matters, which remained governed according to centuries-old Islamic customs.

In 1796 The British expelled the Dutch from Ceylon and the Maldives became a British Protectorate from 1887. In this agreement the sultan accepted British influence over Maldivian external relations and defense, while retaining home rule, which continued to be regulated by Muslim traditional institutions. 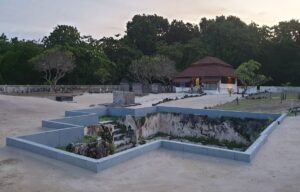 The Maldives ruling family Sultanate changed the constitution of Maldivian law to Republican and the monarchy ended when the countries first president Mohammed Ameen Didi was voted into office in 1953. He ruled for a total of eight months before the republic was abolished and replaced by the ruling monarchy again headed by his Royal Majesty King Mohamed Fareed. Fareed stayed in power from 1953 to 1967 when Ibrahim Nasir, the Maldives second republican President was then voted into power. This again saw the end of the ruling kings in the Maldives.

The Maldives independence from the British was not declared until 26th July 1965 by Prime Minister Ibrahim Nasir. A day which is now celebrated as a national holiday of Independence. This however, was not the only influence the British had in the Maldives. 1941, the Southern Atoll of Addu became one of the British Armed Force’s most important strategic outposts. With the outbreak of World War II, the Maldives became an essential link in the allied defenses against the Japanese in the Indian Ocean. 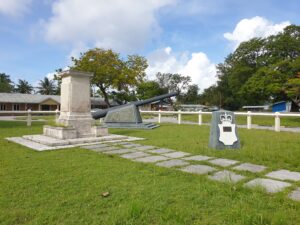 The British also had a base in the northern tip of the Maldives, for a very short period. In 1945, they established a staging post in Kelaa, the most northern island of the Maldives archipelago, until the end of World War II as a complimentary northern base to the southern base in GAN.

The RAF base in Kelaa was used as a refueling station for planes. To this day, it is possible to see two concrete anchor columns built by the British in the lagoon for this purpose. They used a carrier boat to transfer their army from seaplanes to land. This same boat now lies in ruins in the lagoon.

One humorous story shared by islands was of the day the British held an urgent and serious meeting with the island chief concerning some marks around their buildings. The markings looked like Japanese characters and the British were worried that it might have been a message from the Japanese. They were informed by laughing locals that these were marks were actually being left by the hermit crabs!

The Maldives has since 1965 always maintained independence despite influences and threats from outside. It is now an internationally renowned country, a member of the UN, WHO, SAARC, The Commonwealth, the Non-Aligned Movement and others and plays an important role in advocating the security of small island nations.

All of our guide team are passionate about the history of their country and have many stories to share. If you share a a passion for history and exploration and want to discover the Maldives beyond the beach, we offer guided tours in both the Deep North and the southern atolls.