For many people sharks have a bad reputation. Blood thirsty beasts lurking in the ocean waiting to feast on human bodies. If we could just get rid of sharks our holidays would be so much safer with nothing to think about while we are out in the ocean surfing and swimming. Except that’s not the case. You should be more afraid of ocean currents than a shark.

There are over 500 different shark species on the planet and they have ruled the seas for more than 400 million years, that’s so long ago its even before the dinosaurs! We humans on the other hand may be able to wipe them out in a few hundred years due to a combination of fear and negligence.

Sharks aren’t as scary as they are made out to be.  Basking sharks for example, have tiny teeth that they don’t even use for eating. Some species of sharks are filter feeders meaning they obtain their food by filtering water through their gills and mouth. Contrary to popular belief, humans are not a favorite meal of sharks. Most shark species prefer fish, squid and clams but when in the water we humans are confused by sharks for dolphins and seals. 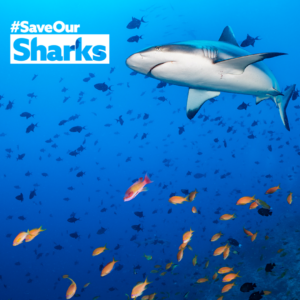 Anyway, let’s move onto a planet free of sharks. Big sharks are at the top of the ocean food chain, the apex predator, hunting smaller fish such as tuna. Tuna in turn, consume even smaller sea creatures, often those that are bottom feeding, algae eating animals. Removing a top predator such as the shark may cause its prey to become more abundant, as fewer individuals are eaten. But with more prey around, the organisms that it eats may become scarcer.

Without sharks to dominate the fish population, the smallest algae eaters would soon be eaten by predators. The impact would be felt all the way down the food chain resulting potentially in there being no bottom feeders which would allow algae and bacteria to spread across the coral reefs causing the entire food chain to collapse.

Coral smothered by algae and bacteria would be unable to photosynthesize sunlight, which it relies upon in order to gain nutrients from the water and they would also not be able to soak up carbon dioxide. Reefs would disintegrate leaving behind skeleton frames that would eventually transform into limestone. 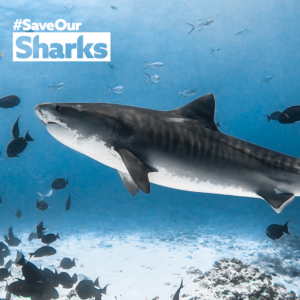 It’s not just fish life and micro organisms that could also become extinct as a result. Shark remains are an important food source for many aquatic creatures, including orcas, other sharks, octopuses and even crabs; without these remains, these animals could starve.

If there were no sharks, injured or sick fish and marine life, which are often easy and common prey for our shark friends, would impact the schools and coral reefs that they live in and in the long term create imbalance.

Sharks also help phytoplankton, the basis of all marine life, to grow by transporting nutrients between ocean depths and the shallows. This role is particularly important in the nutrient-limited waters that bathe oceanic atolls like those of the Maldives. 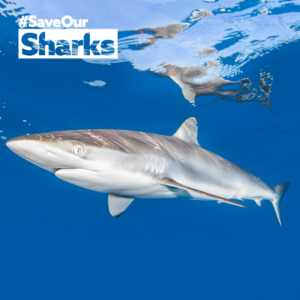 The bottom line is that sharks help marine ecosystems stay resilient by maintaining balanced ocean food chains, which in turn helps ecosystems recover from the many impacts of climate change.

It would have an effect on not just the world’s biodiversity but also the economy, as occurred in North Carolina when great white sharks were over-fished, causing the ray population to spread. This resulted in hundreds of hungry rays devouring all of the local scallops. When there were no more scallops, the rays moved on to other shelled sea creatures which in turn had a knock on effect on the seafood and restaurant businesses in the area. 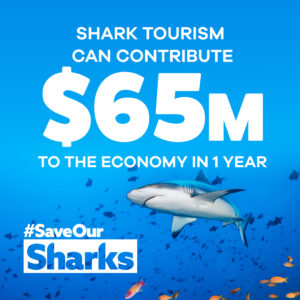 Shark extinction will also impact ecotourism. In the Bahamas, for example, a single reef shark brings in around $250,000 over its lifetime. One whale shark in Belize can bring in $2 million over its lifetime. Whilst in the Maldives, divers brought over USD $65 million to the Maldivian economy in 2016. 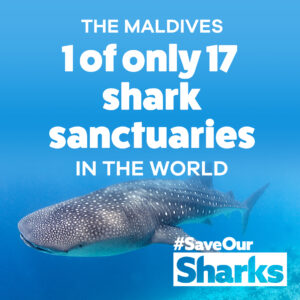 The Maldives is a haven and sanctuary for more than 30 species of sharks. Of these, 29 species are globally endangered. The Maldives is the only shark sanctuary in the Indian Ocean and one of only 17 in the world and has been global leaders in shark conservation. 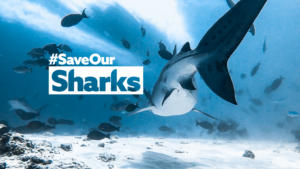 Please support #SaveOurSharks to ensure we continue that. Now, more than ever, we must continue to play our leading role in shark protection.

The Maldives #SaveOurShark Alliance represents a diverse range of stakeholders with varying interest in a healthy Maldivian shark population. In a country where management and enforcement of conservation measures are challenging, we believe the feasibility of a “managed shark fishery” is very low and that sustaining this fishing ban is the most practical solution to conserve shark populations in the Maldives. We urge the Maldives to remain a shark sanctuary for all those who rely on these valuable creatures and offer our support to the Government.

The Fisheries Ministry has confirmed in a public statement today that the Maldives will not lift the shark fishing ban, put in place a decade ago to protect sharks here in Maldivian waters

“The Maldives is proud to have always been exemplary in its efforts of ocean management…The Ministry recognizes the important role that sharks play in maintaining healthy ocean ecosystems and we assure the public that we remain committed to ensuring that our marine resources are utilised sustainably and managed responsibly.”
Thank you to everyone who has collaborated to highlight concerns and to those who have signed and shared petitions.

Why Sharks are Important for the Maldives Previous Article WHAT ARE THE BENEFITS OF BOOKING WITH SECRET PARADISE? Next Article